We had a long day traveling from Rochelle to Ames, mostly because there was so much to see. It started in the morning with this great Cadillac sitting in front of a corn field and a classic barn. 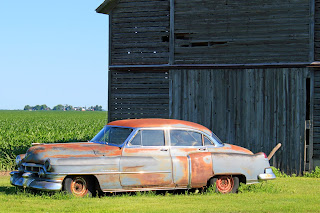 We had breakfast at another great cafe, this one in Franklin Grove, Illinois across the street from the Lincoln Highway Association headquarters. 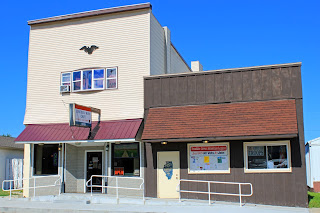 I love old drive-ins and this one is a beauty. 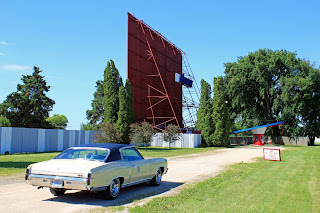 Our morning stop was at this great windmill sitting on the Mississippi River in Fulton, Illinois. 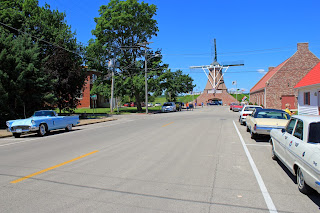 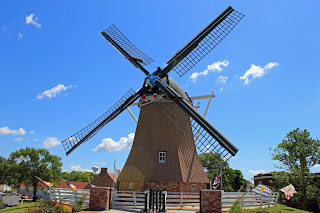 The view from the back of the windmill looking across the Mississippi River toward Clinton, Iowa... 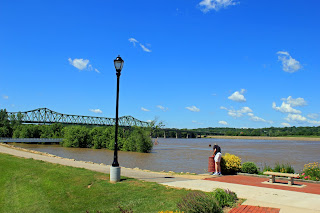 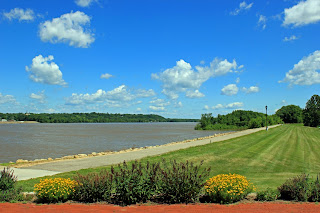 Our lunch stop was in the very cool and historic city of Mt. Vernon. 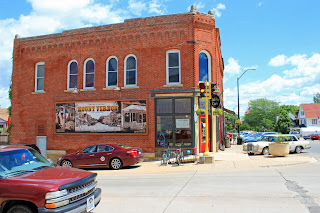 This 1916 Buick was displayed in downtown Mt. Vernon when we arrived. It has been in the same family for all of its 97 years! Back in the teens and early 1920s it made several trips to California along the Lincoln Highway, to the summit of Pikes Peak, and so on. The trips are all documented with pictures of the car and family. The current owner is the second owner of the car. He has owned it since 1962 and is the grandson of the original owner. 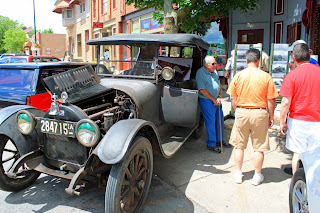 Here's another brick segment of the LH with a closed off bridge in the background. 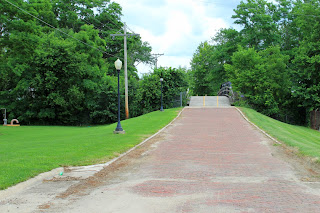 The Youngville Cafe is a restored cafe that is manned by volunteers a few days a week. It was jammed when we arrived, but we still had pie. 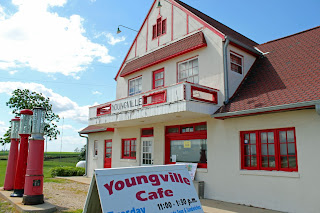 One of the icons of the Lincoln Highway is the late George Preston's service station, built in 1923. The family still owns the property and they love having visitors. 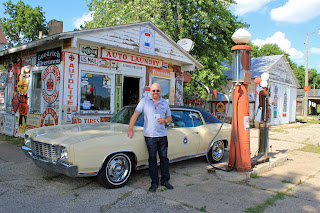 This bridge in Tama, iowa was constructed in 1915 and was an early advertisement for the Lincoln Highway. 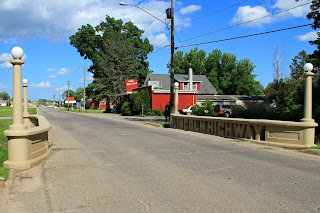 Our evening stop was the famous Reed-Niland corner. The Lincoln Highway and Jefferson Highway intersect here and share the road to Ames before the Jefferson splits off again. The Jefferson Highway ran from Winnipeg, Manitoba to New Orleans and may have been the first international highway in the U.S. 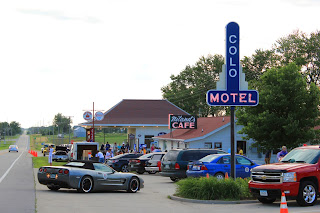 I was in the right place at the right time and got to ride in this beautiful 1948 Tucker, one of only 51 made I was told. I was also told that this particular car has a value of $2.45 million. 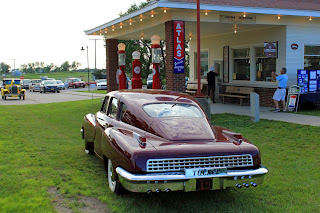 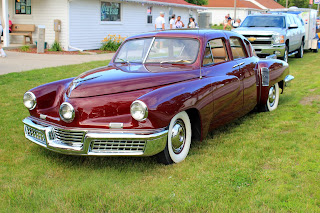 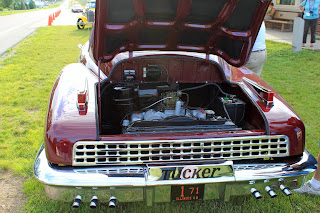 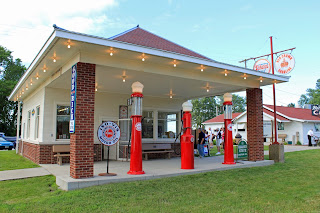 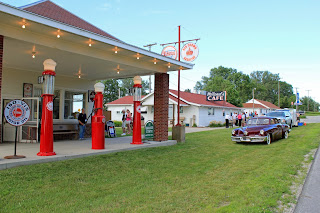 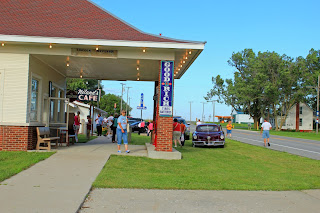 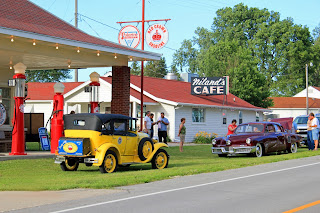 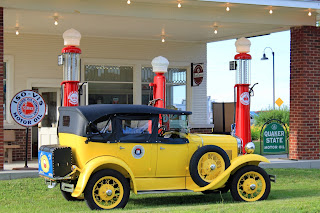