Day 8 saw us cover a lot of ground to get into position for our final "parade lap" into Kearney, Nebraska on the following day. The trip was uneventful and we saw some interesting things. One of my favorites was an old abandoned bridge that was part of the original routing of the Lincoln Highway heading west into Woodbine, Iowa. The concrete bridge remains but the rest of the roadway is long gone. 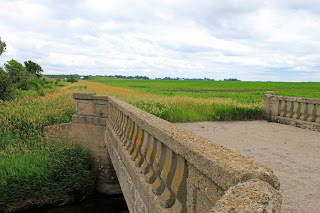 There was an interesting gas station in Woodbine but I particularly liked the old sign. 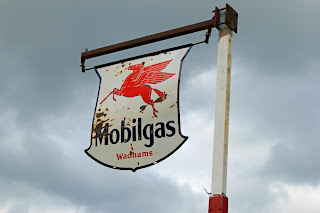 Out in the middle of nowhere is a pair of Lincoln monuments erected by J.E. Moss. A bit further is Gregory Corner. 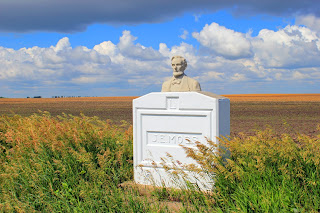 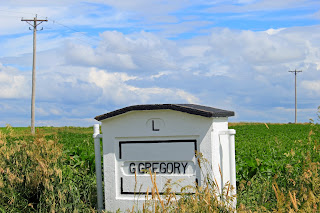 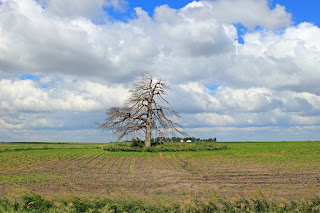 Another one of my favorite spots on this day was a short section of hard-packed dirt road. 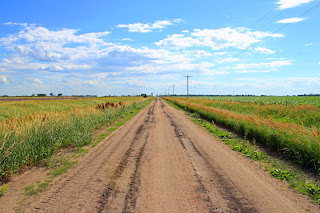 We had dinner at the Shady Bend restaurant in Grand Island. This used to be the main building for a motor court dating back to the late 1920s. The same family has owned it since the beginning, now on their third and fourth generations. 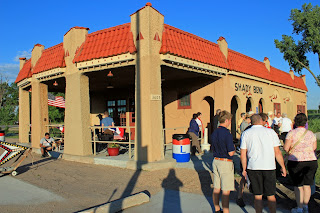 Another great spot in Grand Island is this LH seedling mile. The LH Association created several of these "ideal miles" to show communities how to build durable, safe roads. Whether accurate or not, the local historical society claims that this brief stretch is the last original paved section of the Lincoln Highway in existence and is on the National Historical Register. 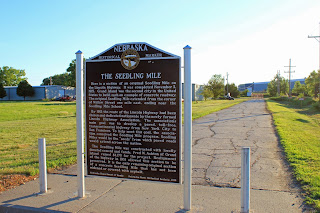 Another well known landmark on the Lincoln Highway is the Kensinger Service & Supply station. 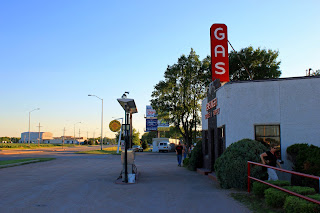 After dinner Sharon and I wandered downtown to get pictures of a spectacular theater marquee. As we were photographing the sign a man came outside and told us the story of the theater. It had almost closed down several years ago but the owners offered to give it to a non-profit who would be willing to take it over and refurbish it. Several downtown business owners and many other volunteers came forward and wound up with a multi-million dollar renovation. He invited us inside to see the building, and I have to say that this is one of the most spectacular theaters I have ever seen. Movie tickets are $3.50 and popcorn and drinks are $1/$2/$3. The theater had 276 patrons watching Ironman 3 that night, and we were told that was typical of the kind of community support they have been getting. The theater is staffed entirely by volunteers. 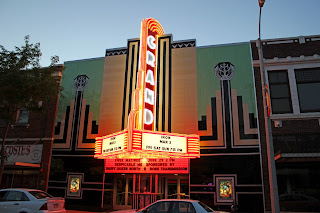 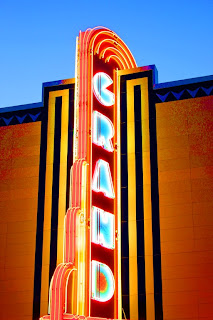 Today is the grand finale of the Lincoln Highway segment of our trip. We are going to line up all of the tour cars chronologically and travel west to Kearney, Nebraska. Simultaneously, another group coming from San Francisco will be travelling east. We are going to arrive at the same time and parade through town together. I'll let you know how it turns out.